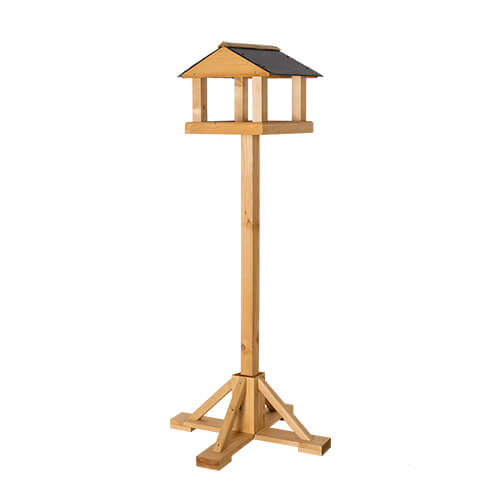 50% OFF
Skip to the beginning of the images gallery

The Johnston & Jeff Lyddington Boxed Table brings a touch of natural beauty to your garden and outdoor space.

The bird table includes four bolts and two screws, which makes it simple to assemble. It includes 5 pre-built components, therefore some self assembly is required.

The robust and study design means it will withstand the outside elements providing a safe and secure place for the birds to perch and feed.

Delivery is FREE on orders over £25*.

*exclusions apply. For full details including out of areas post code charges, please refer to our delivery information.